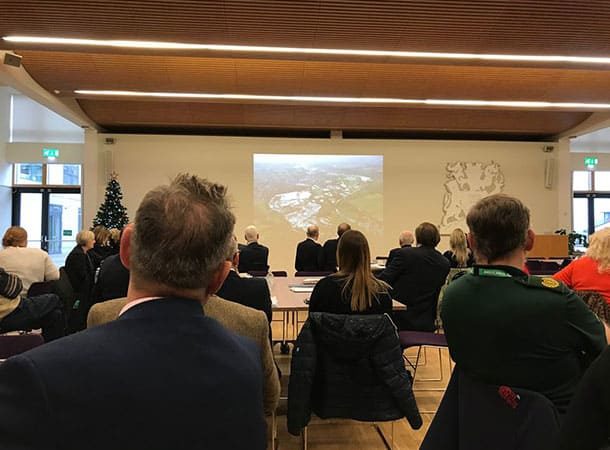 I was at a meeting with Emergency Planners today at Winchester, joined by the Deputy Chief Fire Officer and Chief Constable, along with representatives from organisations all involved with organising responses for when things threaten the community.

It was a very interesting meeting, looking at lessons learned from major flooding events, terrorism incidents and fires, freezing weather, storm damage and the like.

One interesting aspect is the problem of people helping in such incidents and finding that they risk being sued by somebody.

An example being when somebody clears snow from a pathway but then somebody slips and sues them for creating a hazard.

I learned that some volunteers aren’t even allowed to help with flood defences on the basis that they might be sued if they don’t work.

It is clear that a change in the law is required to help protect citizens who are, after-all, doing their best to protect and care for others.

Apparently, a “hero protection” law was considered in the days when David Cameron was Prime Minister, but it only amounts to a plea for Judges to look kindly upon such people.

It has no legal teeth.

It needs sorting, otherwise people are going to be very reluctant to act when the need arises.