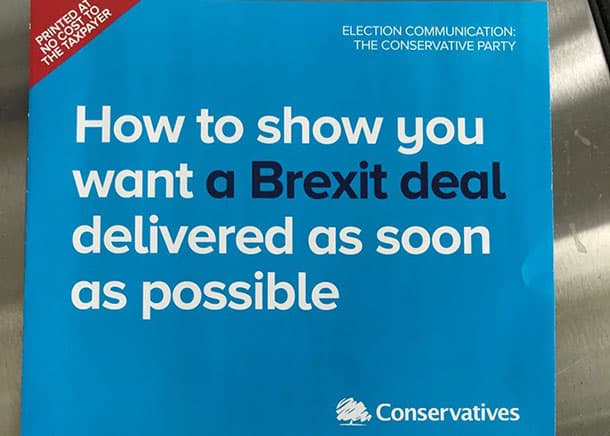 An insider tells me that the Conservatives are refusing to knock on any doors on the run up to the Euro Elections later this month.

I cannot blame them for that.

Why subject yourself to such hostility?

That said, the Conservatives have instead decided to spend millions of pounds on posting out these leaflets.

One arrived on my doormat today.

I don’t know which PR firm are advising them, but I suspect that history will show this as being one of the worst campaign messages in recorded history.

Will the public really swallow the idea that Mrs May’s Brexit deal (likely to cost each person £800 a year), is somehow better than the EU arrangement we already have in place?