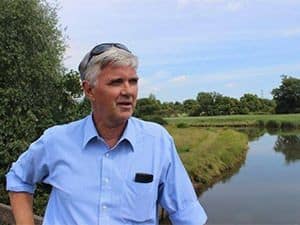 There will a great many people, living in the New Forest district, concerned at the news that Associated British Ports have purchased Marchwood Industrial Park.

The deal was done in secret, with the previous owners having signed a confidentiality agreement. It’s primarily a concern because very few people who live this side of the River Test wish to see the docks expanded into the New Forest, on the edge of a National Park.

Many years ago, a government appointed inspector decided that the plans ABP had for developing Dibden Bay for commercial port use were not acceptable. The main reason was the damage that operations would cause to the environment. Objectors to the project were overjoyed by this decision and indeed, all of the predictions that ABP made, that this would lead to the economic collapse of Southampton docks, have proved to be completely unfounded.

The importance of protecting the New Forest has since been underlined by granting National Park status to the New Forest. Of course, it’s equally important to protect the fringes of the park boundaries, as well as the park itself. As a member of the National Park, I am always going to resist development which damages this valuable international asset.

It now seems that ABP have ambitions for the Waterside, developing it by stealth. They still own Dibden Bay and refuse the public to access the land (which would make a wonderful country park). They have purchased the industrial park at Marchwood, without telling anyone what long-term plans they have. They are also bidding for the lease to use land at the adjacent Marchwood Military Port. You can see a pattern emerging here, can’t you ?

As a Town, District and County Councillor, representing Totton & Marchwood, I very much hope that ABP will decide to be a bit more open and transparent. Local people need to know what they intend doing. Are we, for example, going to see more HGV’s thundering down our already stressed road network, or will they make more use of the under utilised railway line ?

There are many such environmental concerns that need to be addressed. It should be possible for business to succeed without serious harm to those living nearby but few people want to see the Waterside become part of a greater Southampton.