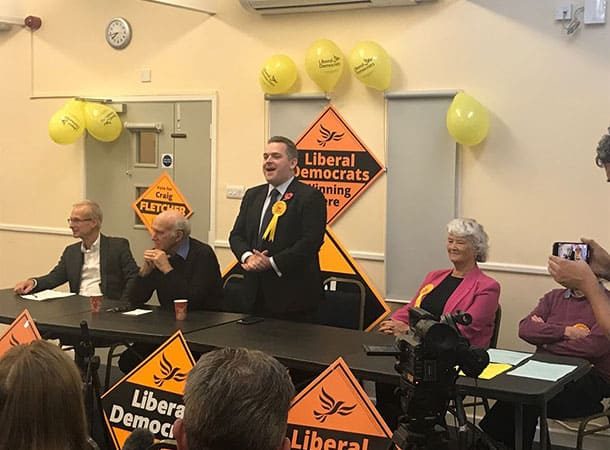 One ” assumes” nothing much will change from the last time around. But….

I heard that Conservative candidates are getting a hard time at local hustings events.

One of the Conservative Councillors who attended told me yesterday that she was sick of the number of people asking the candidates what they would do to tackle climate change. She said “It’s almost as though people are obsessed with the subject”.

I knocked on a door when out canvassing and a young Mum answered.

To my surprise she started crying and apologised saying that she was really frightened by climate change and the fact that we are nearing the tipping point where we won’t be able to control what happens.

Has she been unduly alarmed by politicians and the likes of David Attenborough?

I personally think not.

It’s a Mum thinking about what sort of world her young son will be inheriting from the current generation.

I wish The Green party well in this election.

I am also recommending a Liberal Democrat vote because of our own environmental policies.

In some areas the two parties aren’t standing against one another to give each a chance under this awful first past the post voting system.

In areas like the New Forest, I have little doubt the two Conservatives will be re-elected once again with healthy majorities.

Of course, the very people who voted them back into office will then likely spend as much time as everyone else moaning about under investment in the NHS, education and the police.

They also share the same planet that is affected by climate change.

It’s a modern day morality tale being played out on the run up to Christmas (where we are encouraged to think about others, rather than our own interests.)